Eras is a series released as NFTs (non-fungible tokens) on the platform Nifty Gateway on December 23rd 2021.

Eras tells a story about change through its visuals and its sounds. Each piece represents a chapter of my life, an era. It is a reflection on how I have changed over time and what I felt like during those specific stages.

Accepting that things might change can be difficult, because we may indulge in a comfort that we have known for so long. In fact, the sole idea of leaving that state can be distressing. What I know though is that change opens the door to new opportunities and experiences, as well as a chance to be a better person.

This series is minted on the first aeforia smart contract built by Manifold.

2021 draws to a close, and I’m totally floored by the magnitude of what it represented for me. The past year has been nothing short of incredible. Many things have changed in my life, on both professional and personal levels. So much so that I feel like this is the start of a new era for me. A page has been turned.

One of this year’s personal standout moments for me was when I released Five Fears. Honestly though, it's more about this particular moment in time that I cherish because it was so unique. All the craziness, the discoveries, the friendships that were made…It was surreal to be navigating through the NFT space along with my dearest friends while being able to bring my vision to life with this project and genuinely feel like an artist.

After I had released that series, an immense feeling of euphoria stayed with me for a few weeks. But when the dust settled, it left me with so many questions to answer, a feeling of emptiness and a lack of clarity. Ironically, after releasing Five Fears, I was afraid to take a step forward and work on the following project, wondering if it would be a worthy follow-up or not. I certainly put a great deal of pressure on myself. Therefore, I decided to take a step back and give myself some time. I had to remember to stay authentic and honest with myself since every piece or series has to be meaningful and a step forward for me as an artist.

However, I realized that the series I’ve been releasing on Nifty Gateway were somehow connected by their themes. First was Facade, which is about how we have sides of our personality that we tend to hide from others. For me, behind this facade were the fears that I portrayed in Five Fears, my sophomore series, but I was still wondering what could follow. I found myself recollecting quite often about how several aspects of my life weren’t the same as they used to be. A subject kept coming back to mind, and it was “change”. It’s this idea of being able to progress through life as a human being, and better myself each passing day. I had a desire to take a look back at the previous chapters of my life, but also recognize where I’m at now, and where I’m headed onwards.

Eras tells a story about change through its visuals and its sounds. Each piece represents a chapter of my life, an era. It is a reflection on how I have changed over time and what I felt like during those specific stages. Accepting that things might change can be difficult, because we may indulge in a comfort that we have known for so long. In fact, the sole idea of leaving that state can be distressing. What I know though is that change opens the door to new opportunities and experiences, as well as a chance to be a better person.

Despite being very personal, I wanted this collection to have a universal meaning for anyone who looks at it. Portrayed are ideas of change, overcoming, and even discovering your purpose after a long journey.

It was the first time since I began my journey as an artist that I worked on a personal project for several months. Having the chance to focus on my own projects has been a huge blessing to me. This is the series in which I’ve put in the most effort to date, working on it whenever I could for the better part of the year; by far the longest time I’ve ever spent on a project since I began my journey as an artist. There were some challenges and setbacks along the way, but overcoming them was incredibly rewarding.

If you read all of this, know it means the world to me. This collection is a labor of love, and I hope that you enjoy it as much as I did creating it.

Origin is where it all begins. The dragonfly is a symbol of change, transformation and self-realization. It was important for me to have a recognizable emblem that could embody the spirit of this collection and also symbolize it as a whole. It is a guiding figure helping the character through the different stages of his life as he embarks on a journey of self-discovery and growth.

I want to thank Dexamol, a wonderful artist and friend of mine, who modeled the dragonfly for this project. I owe a lot to him because of how important that symbol is to the entire series.

Origin is a collaborative piece we’ve created together to showcase his contribution to the project.

Dawn symbolizes this innocence that inhabits us as children. There is something pure and simple about that state. It’s an era of discovery where everything is new, the beginning of an odyssey into a world we barely know about yet. It’s about being thrown into this world without knowing what our purpose truly is.

Limbo is inspired by the feeling of being lost and out of place. It relates to this moment in time where I was trying to find my purpose or a deeper meaning to my life. When I was younger, up until my early twenties, I don’t think I have ever known what I wanted to do later in life. Whenever I was asked about it, I would make up an answer and somehow persuade myself that it was what I wanted.

I feel like this behavior I had led me to initially pursue a path that wasn’t for me. Spending most of my education in the field of sciences, I ended up enrolling in a bachelor degree in electrical engineering. I considered myself somewhat of a creative person, and I was doing great academically so I didn’t give it too much thought. I quickly understood that I didn’t belong there, that my place was somewhere else. I felt bewildered; I found no enjoyment at all in what I was learning. In parallel though, I began to have a growing interest in the visual arts, which I actually enjoyed. This was the turning point that led me to leave my engineering degree. Art would give me this sense of fulfilment I sought for the longest time. It came into my life in the most unexpected way, but has changed it for the better.

Alter is about finding the inner courage to embrace change in order to move forward and be one step closer to discovering your true self.

After I chose to leave my engineering studies, I took a risk. I decided to trust my gut and went on to study graphic design instead, all the while working on my personal artistic project that was burgeoning. I felt like it was right, and I honestly never looked back on this decision. The following years were the best of my life. I had the chance to evolve as an artist and improve my craft. During that time, I met so many amazing people, and was given opportunities I never could have imagined a few years earlier.

This visual represents the past few years that have gone by since I found what gave a purpose to my life, up until now. So much has changed since then. I never thought I’d be doing this as a career and I’m eternally grateful for it.

Eras is the final piece of the series. It represents where I am right now in my life. A page has been turned, and although I don’t have all the answers to my questions yet, I am ready for the next chapter. This state is not definitive, it will still shift over time, hence why I wanted to create a piece that could reflect that. An ever-changing creation I will come back to and revisit as I move forward with my life. This is a piece that can become a journal where I can reflect upon my thoughts, re-evaluate myself as well as establish what has changed in my life and what I want to share with others. Therefore, the metadata of the visual associated with the NFT will be updated with every iteration, which means the piece will change as time goes by.

Up for auction at eras.aeforiadesign.com

This mask is also a symbol from the series that represents the idea of change. The character's true self is hidden behind this mask that evolves through each of the pieces. We no longer need a mask the moment we truly accept ourselves and embrace change for what it is.

This piece will be airdropped to holders of any piece from the Eras collection. A snapshot will be taken on January 6th 2022 at 11:59 PM EST. Owners of this NFT will also be given a link to download a metaverse ready 3D object of the mask itself. 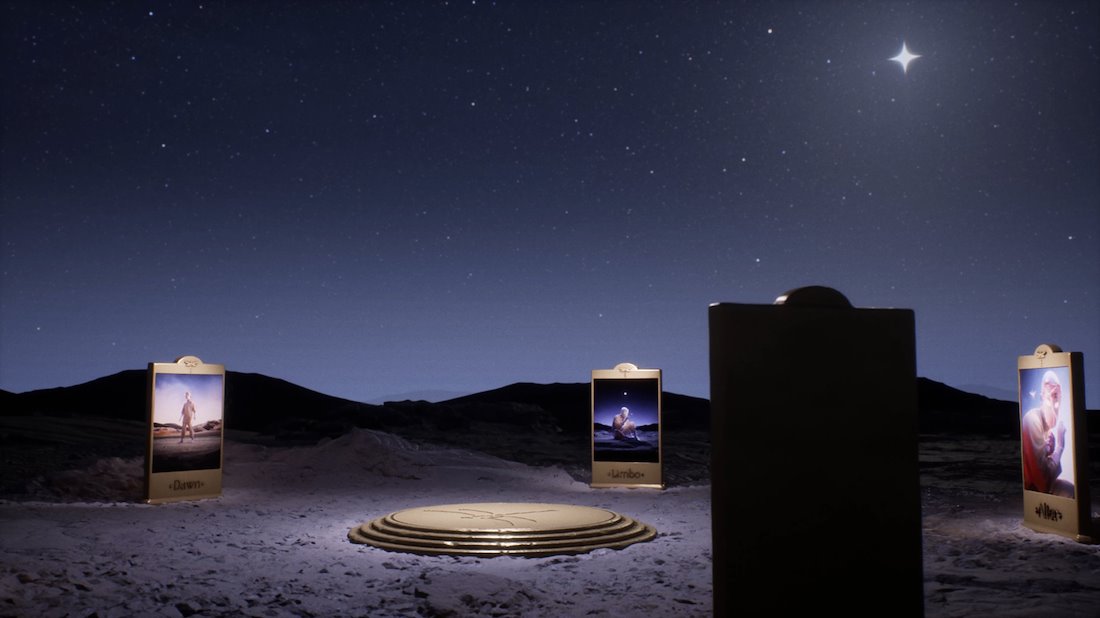 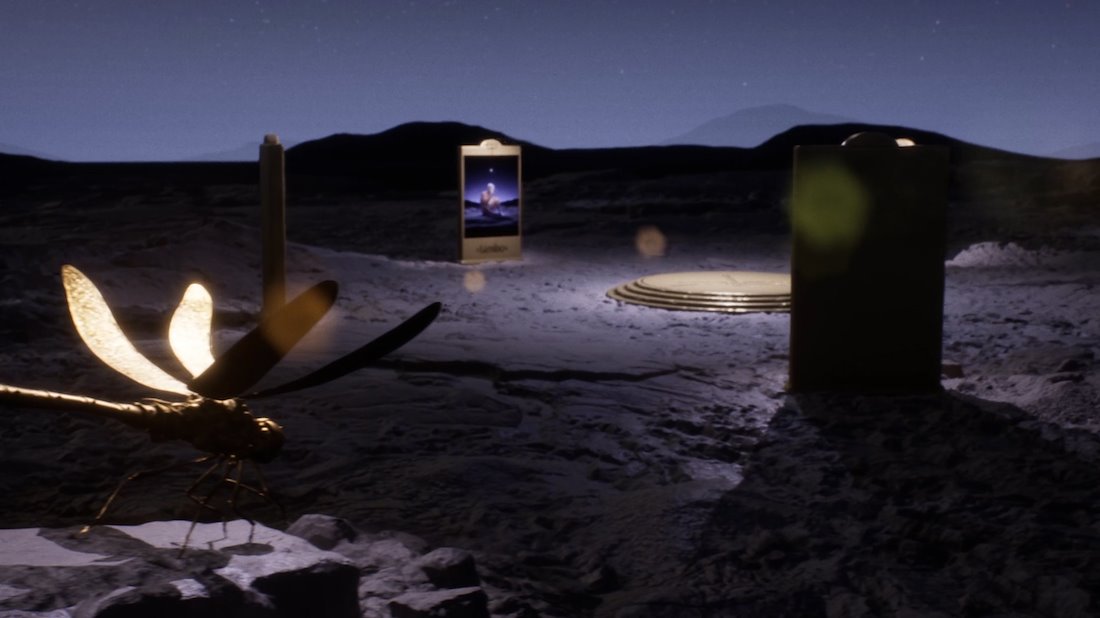 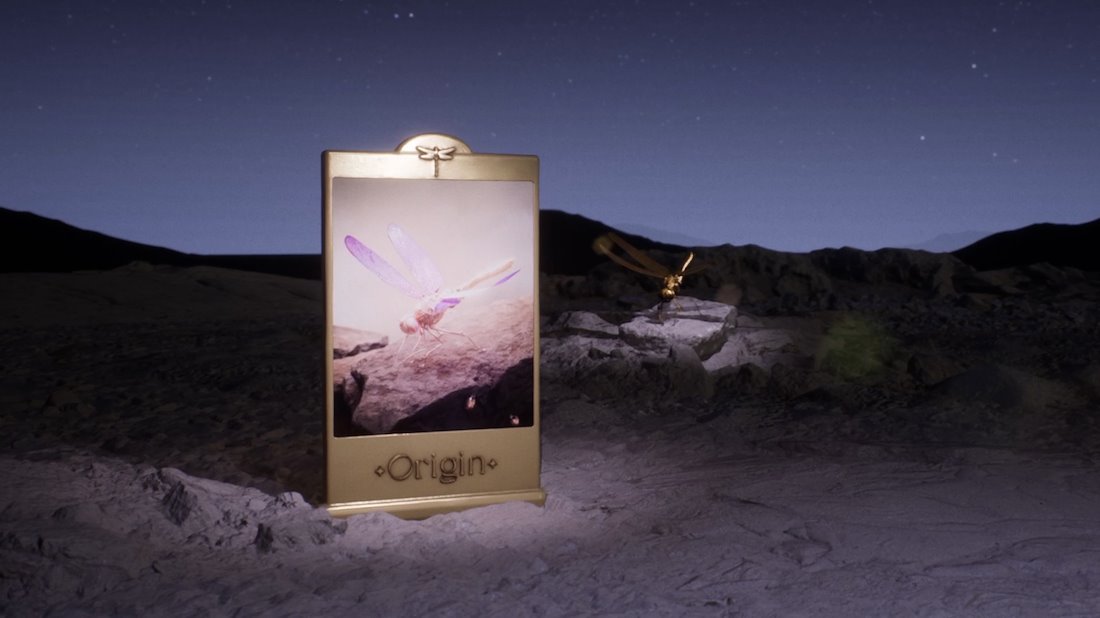 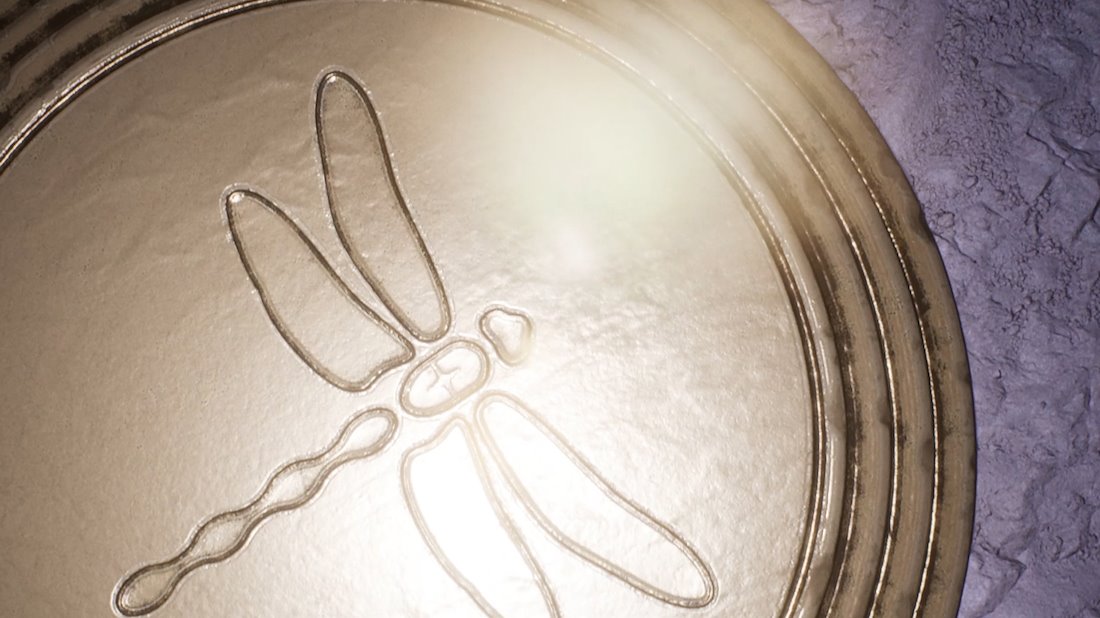 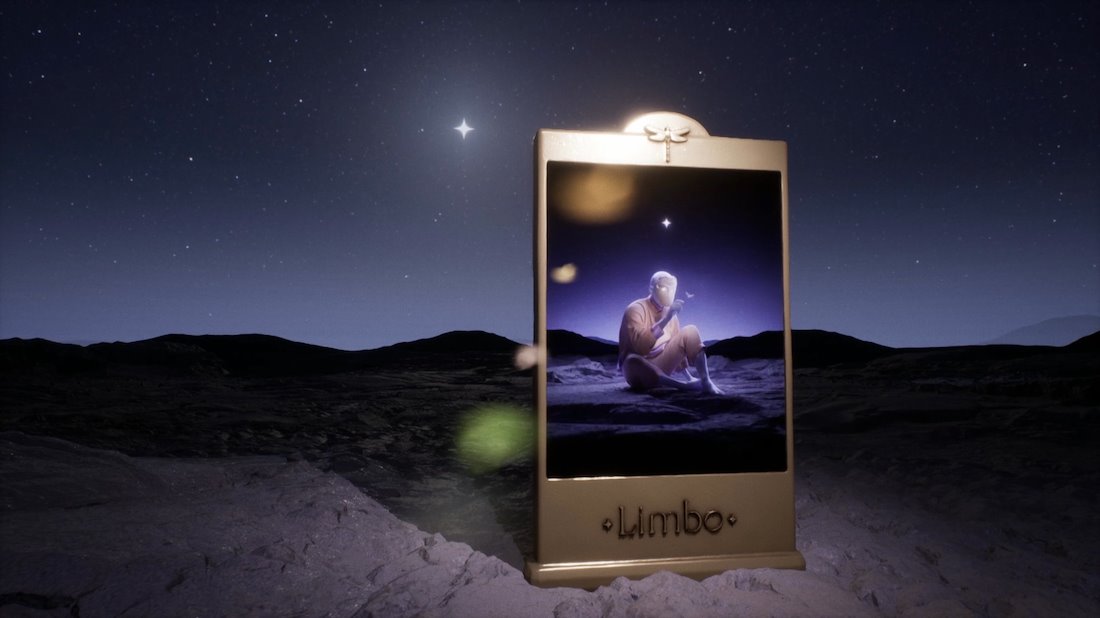 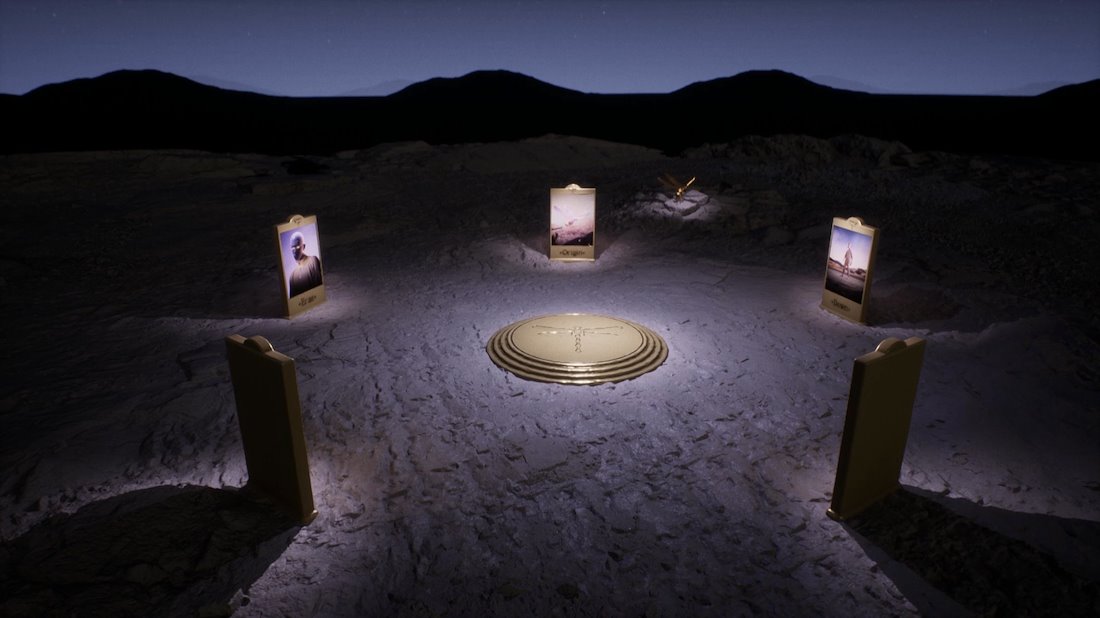 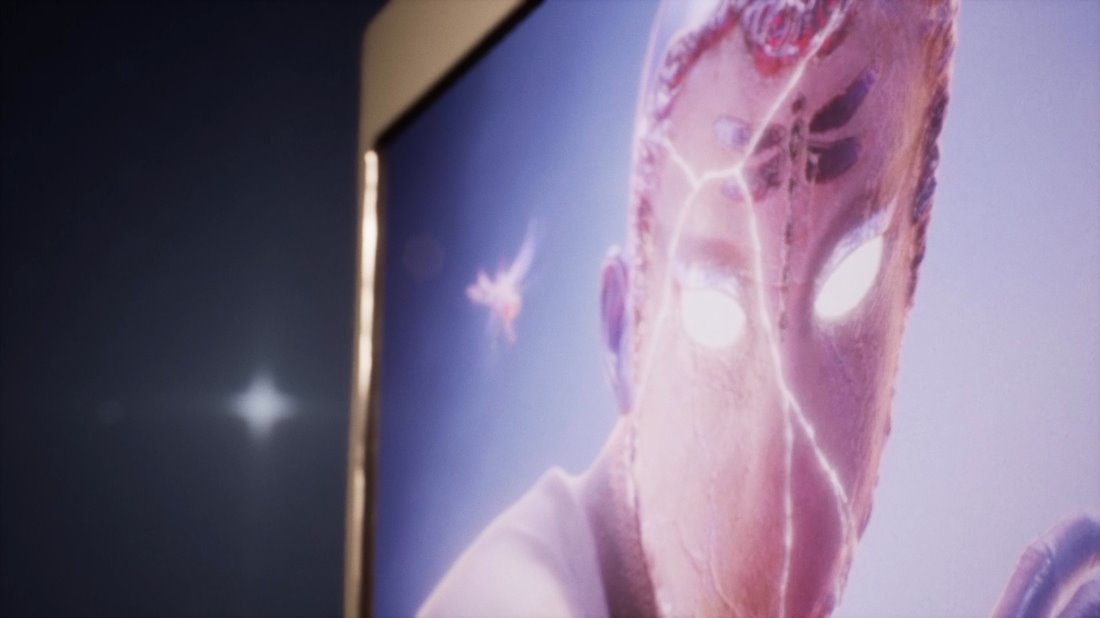 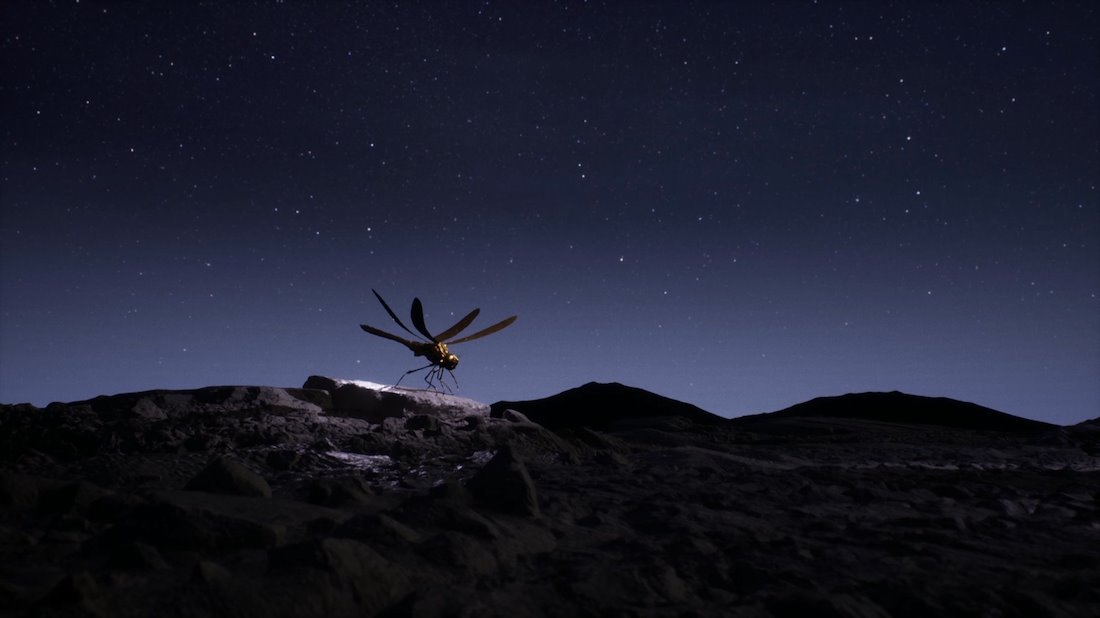 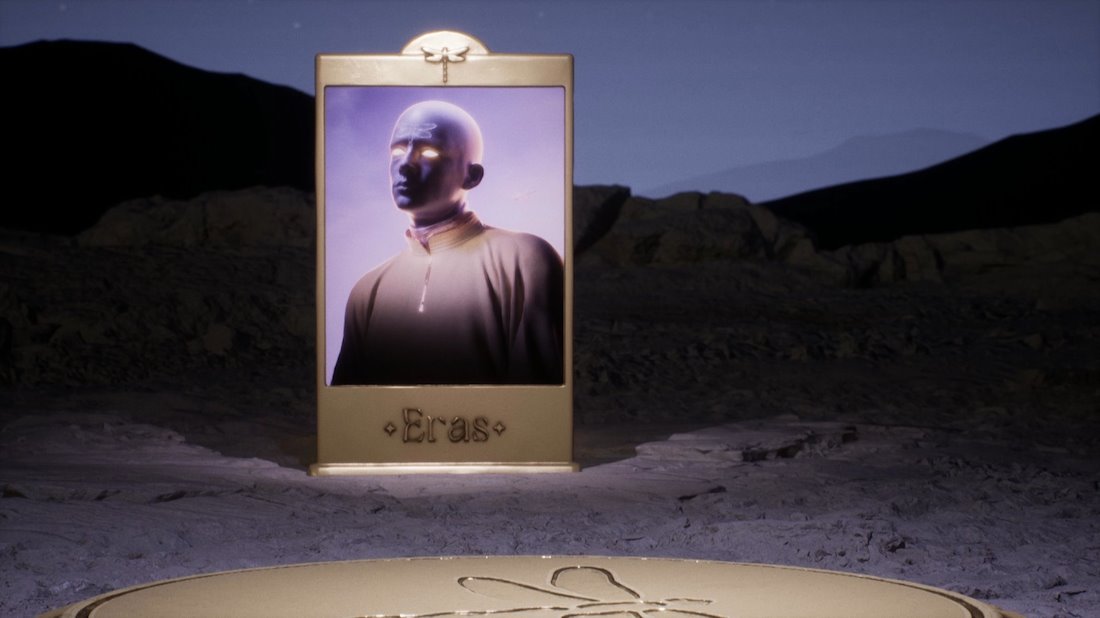 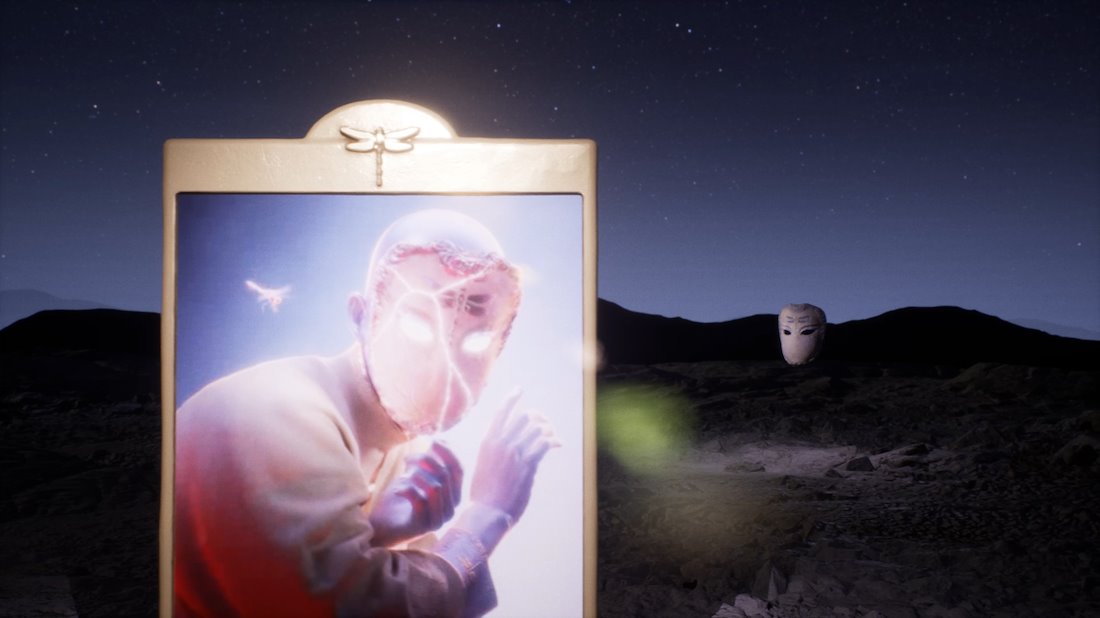 Screen captures from Eras Experience, an immersive gallery presenting the pieces from the series in an environment inspired by Limbo. Experience it here.

I'll be eternally grateful to these people for their incredible help into bringing this project to life: